World of Warcraft – Battle for Azeroth

Roll your eyes and groan all you want, but World of Warcraft (WoW for the regular players) is the centerpiece of the Blizzard universe, and has been for the past 13 years! The actual Warcraft universe dates back all the way to 1994 to ‘Warcraft: Orcs & Humans’ that was for the relics DOS and Classic Mac OS. That RTS game spawned 2 more sequels (each with their own expansion packs), the MMO, a few original board games, card games, comic books, manga, over 30 novels, & a pretty decent film adaption. 2018 continues the Warcraft with WoW’s next expansion that was announced in November at Blizzcon 2017, Battle for Azeroth! Hold on to your butts, because there is a lot of info for me to dabble in. 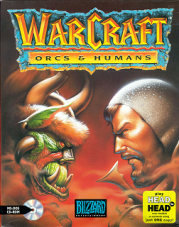 WoW is coming off the best expansion since Wrath of the Lich King, Legion, and steamrolling right into 2018 with that high momentum. Set right after the events of Legion (which is still going on so no spoilers), a new conflict arises between the Horde and the Alliance as we see the destruction of Teldrassil (home of the Night Elves) and the sacking of the Undercity (Forsaken capital). This leaves the two major continents under complete control of each faction (Kalimdor under Horde rule, Eastern Kingdoms under Alliance rule). Each faction takes the battle to the Great Sea in between where they head to two major islands to recruit allies and take the war to their enemies. The Alliance heads to Kul Turis, home of Alliance leader Jaina Proudmoore, to seek out her families help. Zanadalar is the island which the Horde travels to, seeking help from the ruler of the Zandalari troll Empire, God-King Rastakhan.

Depending on which faction you play, you start off your new journey on one island and will be able to head to the opposing island once you hit the new max level of 120. During your quests, you will unlock new allies for your cause. Not only are they your new allies story-wise, but you will unlock 6 new playable races (3 for each faction). Returning from Legion are the Nightborne elves of Suramar, the Highmountain Tauren, and the Zandalari Trolls. The Alliance will recruit the Dark Iron Dwarves, the Void Elves, and the Lightforged Draenei return from Legion. Once you unlock the races for your account, that character will start off at level 20. Once you reach level 120, you will earn a ‘Heritage Armour’ set for that new race! Another cool thing that the developers are adding is 6 new character slots per server, just in case you are like me & have all your toons on one server.

Blizzard is overhauling low-level leveling as well. The team is taking the leveling system they used in Legion and applying it to prior expansions, with the intention being to allow players more choice to where they level. This also allows players to finish the full quest line of a zone before the rewards and experience of that zone are diminished, which has been a vocalized problem within the community for quite some time. This revamp comes perfectly with the previously mentioned new races, making leveling these new characters a more appealing experience, and reintroducing players back to stories/lore they might have missed or forgotten. It looks like the next major patch (called 7.3.5, soon to be released) is going to give us this revamp.

Developers decided to go back to the franchises RTS roots with the Warfronts, new 20 player PVE content. It will function like PVP battlegrounds but with that RTS spin of managing buildings, resource focus, and territory control. The first major Warfront that Blizzard announced at Blizzcon is the old Alliance kingdom area of Stromgarde! Another form of group content coming back is Scenarios called Island Expeditions. The expeditions are 3 player PVE or PVP content with the objective of collecting islands resources or other tasks. Developers did say that they improved the AI for this content during Blizzcon, making them more cunning and human player like.

There will also be class tweaks, a stats squish, new PvP rules on each realm, a new PVP battleground, unique buffs returning, more bag slots, 10 dungeons starting out & a brand new artifact to level up.

I am sure more information when we get closer to release but with all the information we were fed during Blizzcon & all the info being discovered on the PTR (Public Test Realm), the developers are really keeping up the hype and momentum heading into expansion transition time. I have been plotting and planning what race/class combos I am going to use for the Allied races. I really can not wait to see the info regarding the Zandalri Trolls and the Dark Iron Dwarves, as their information hasn’t been fully released yet. I am really hoping that the 7.3.5 patch coming soon is going to give us the opportunity to get a couple of the new allied races early, & there are a lot of hints on the PTR leaning towards that possibility!

Until next time, LOK’TAR OGAR! FOR THE HORDE!

@myshiftkeyisbroke @isohpod idk about the change GTA is making. At least game pro got hands on it. #gta #grandtheftauto
We’re going live in 2022. Team Frankenculture coming in with the streams and even if it’s not perfect we want to give you some content. #rainbow6siege #twitch #twitchstreamer #videogames #surprisemotherfucker #igotscared #pcgaming #imnewtothis
Frankenculture Episode 117- GTA TT TDE issues, Animal Crossing and COD
What a good day for a convention. #lasvegas #unicon #fandom #comics #toys #games #cosplay
Right in the feels
Life’s been pretty busy recently but here soon team Frankenculture will be back to streaming for you all. Hopefully you didn’t forget about us. #twitch #facebookgaming #youtube #videogames #clips #pubg #xboxseriesx #xbox #consolegaming