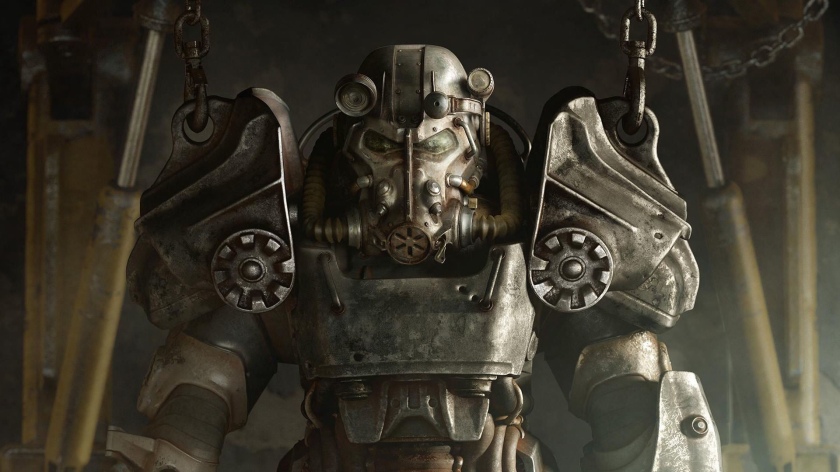 When I woke up this morning, the last thing I expected to see in the news was a TV adapation of the “Fallout” series.  I’m not mad, because I think it’ll be freaking amazing.  Shows like this on streaming services seem to get a lot more leeway on what they can do compared to a network show.  See the teaser and the press release below!

“AMAZON STUDIOS HAS LICENSED THE RIGHTS TO THE WORLDWIDE BEST-SELLING GAME FRANCHISE FALLOUT, WITH ACCLAIMED PRODUCERS JONATHAN NOLAN AND LISA JOY’S KILTER FILMS ATTACHED TO PRODUCE THE PROJECT, CURRENTLY IN DEVELOPMENT WITH A SERIES COMMITMENT.

“Fallout is one of the greatest game series of all time. Each chapter of this insanely imaginative story has cost us countless hours we could have spent with family and friends. So we’re incredibly excited to partner with Todd Howard and the rest of the brilliant lunatics at Bethesda to bring this massive, subversive, and darkly funny universe to life with Amazon Studios,” said Lisa Joy and Jonathan Nolan, Kilter Films.

“Over the last decade, we looked at many ways to bring Fallout to the screen,” said Todd Howard, Executive Producer at Bethesda Game Studios. “But it was clear from the moment I first spoke with Jonah and Lisa a few years ago, that they and the team at Kilter were the ones to do it right. We’re enormous fans of their work and couldn’t be more excited to work with them and Amazon Studios.”

“Fallout is an iconic global franchise, with legions of fans worldwide and a rich, deeply compelling storyline that powers it. And Jonah and Lisa are the perfect storytellers to bring this series to life,” said Albert Cheng, COO and Co-Head of Television, Amazon Studios. “We’re thrilled to join with Bethesda to bring Fallout to television.”

The world of Fallout is one where the future envisioned by Americans in the late 1940s explodes upon itself through a nuclear war in 2077. The magic of the Fallout world is the harshness of the wasteland set against the previous generation’s utopian idea of a better world through nuclear energy. It is serious and harsh in tone, yet sprinkled with moments of ironic humor and B-movie-nuclear-fantasies.

Fallout games have achieved record-setting sales and received hundreds of awards, including dozens of Game of the Year awards, while its mobile game, Fallout Shelter, has been downloaded more than 170 million times.

Through Kilter Films’ overall deal with Amazon, they are currently in pre-production on the techno-thriller drama The Peripheral, based on the William Gibson novel, which follows a woman in a near-future America in which technology has started to subtly alter society. Kilter Films also produces HBO’s Westworld which just wrapped its third season and was recently picked up for a fourth season. The series has amassed 43 Emmy nominations along with DGA, WGA, PGA and SAG Awards nominations. Kilter also has produced interactive and transmedia marketing for its series, including a Westworld Super Bowl spot directed by Nolan. Joy recently directed her debut feature film Reminiscence, for Warner Bros., starring Hugh Jackman, Rebecca Ferguson, and Thandie Newton. Joy wrote the script, which landed on The Black List, and produced with her Kilter Films partner Nolan, Michael De Luca and Aaron Ryder.”