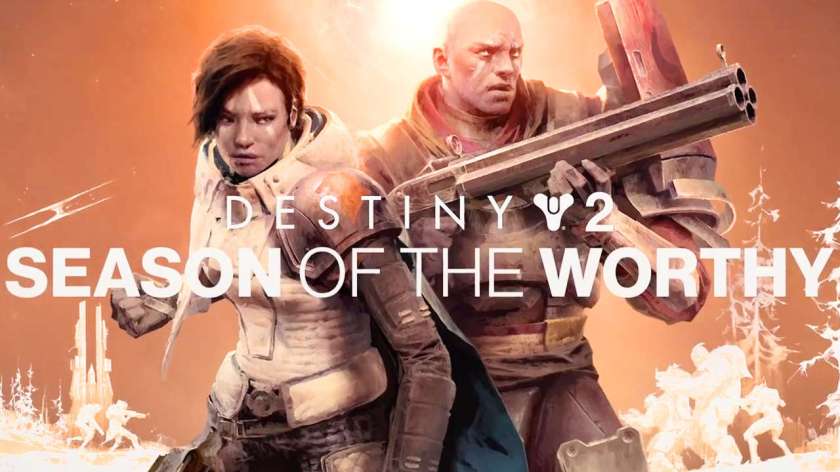 Here we are a little more than a week out from Destiny 2’s newest season “Season of The Worthy.” I can’t help but feel excitement for some of the features, and game modes that we have being added/returning to Destiny. The headline addition as everyone knows is the return of Trials of Osiris, Destiny’s feature PvP mode from the first installment of the series. That isn’t what I am most curious and excited for, I am hopeful for something completely different.

Over the past 3 years of Destiny 2 we have had countless story points, and as of recently Bungie has done an amazing job continuing those. The addition of the new season style they have adopted has done an awesome job at letting previous seasons doings affecting what happen in the following season. With Season of Dawn wrapping up we got a lot of story on the legendary characters Osiris and Saint-14, and now I am excited to see the return of Ana Bray and Rasputin. This is where my want for continuation continues..

Mars has not been a main focus for D2 players for quite some time, and the return of Ana   and her warmind friend seems to be mark the return to the red planet swell. With that return I am hopeful to see what has happened since the end of the “Warmind” campaign that launched was back in 2018. What has Ana been up to? What has Rasputin been planning up? So many questions that I am hopeful to see answered along with the new story line.

But… there is one more story line that D2 lore fans are excited to see move along.

Who is This Person? 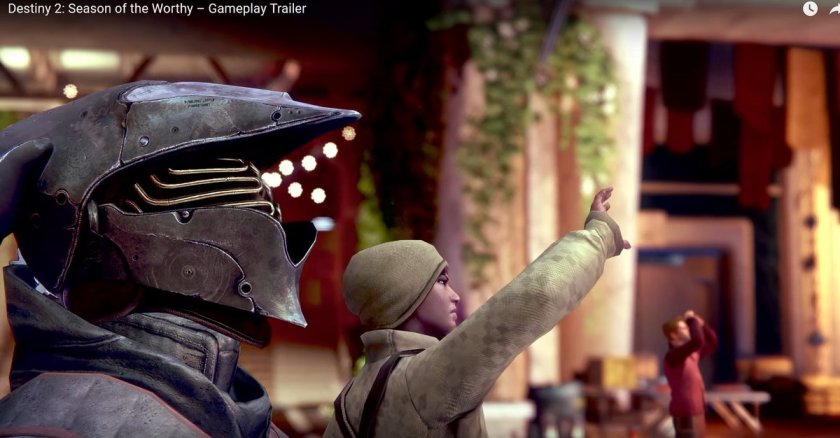 As you can see in the image from the new Season of The Worthy trailer. We get a small glimpse of this character, and many Destiny fans are curious. Could this be the infamous character Uldren Sov. To fans of the franchise and followers of Destinys in game lore we know that Uldren who has returned as a guardian, and during the Dawning event we got more information on him.

“The Dawning welcomes everyone.” —Eva Levante

For the last three weeks, the Guardian has been camping in a rusted-out shipping container, far off the main pathways that are always buzzing with Sparrows. He stays out of the way of other Guardians, and if he can’t do that, he keeps his helmet on. Always.

All he has to his name is some beat up gear, a ring, and a silk sheet. Those are the things he woke up with. He wears the ring on a chain and keeps the sheet as a comforting reminder of something he can’t remember. Sometimes he wears it draped over his shoulder. The fabric is so fine that it makes him think about the place he must’ve come from before this life, and how much nicer it is than where he is now.

He spends his days alone. Other Guardians are an unpredictable source of pain and confusion, and they see him the same way. Some react to him with outright hostility. Others are overcome by some personal and unexplained grief. He doesn’t know why. That was the most painful lesson of being reborn: It’s better to be alone. So he’s always alone now, except for his Ghost.

We have no proof that the character pictured above is actually Uldren, but the way that the character remains in frame for a slightly extended period of time. It has to give fans some hope that is an important character, and not just a bloodbourne themed hunter armor.

I myself am hopeful to see that story from Forsaken be further developed, and want to see so much on Mars continued. With things such as Escalation Protocol adapted to fit into the scheme of things, and see what is going on with the big spooky Rasputin. Bungie again seems to be trying to right the ship after much feedback from the community, and I am very excited to see where things go.