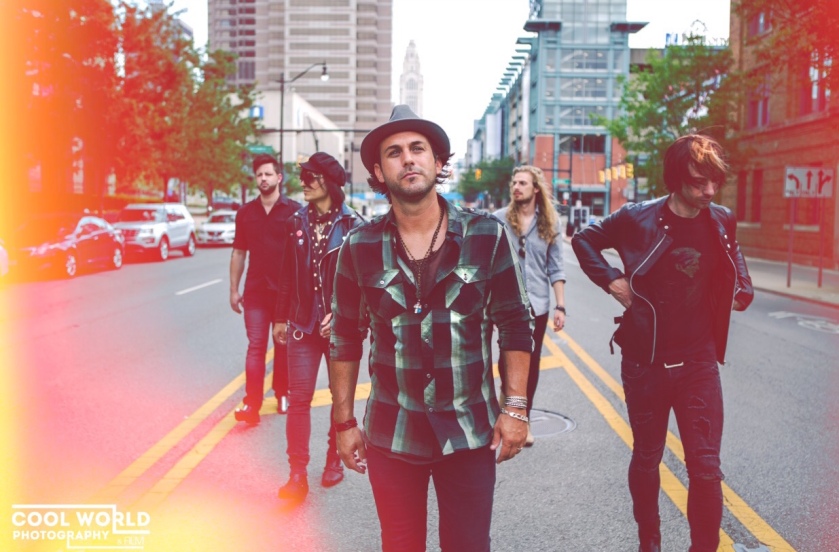 Where and how did you/your band originate?

David( Guitar): the band was born in Columbus ohio. It all started with a song. It was originally going to be a recording project but the 1st song Troy & I wrote together started getting traction. So the band really started to come together after that.

What artists and bands are your biggest influences?

Troy (singer): Man this question is always so hard to answer so I kinda go with a theme…growing up “storytelling” artist like Petty and Mellencamp influenced me a ton. Too many others to name, but i’ve always been inspired by great storytellers

David: Hearing bands like the stones, Sex Pistols, zeppelin & Aerosmith forever changed me. It lead me down a path I’m still on now.

How would you describe your writing process, when it comes to music and lyrics?

Troy: I have it down to a routine, Dave or one of the guys send me some music…i drive around and record voice memo ideas into my phone, then when I get home I listen back for any “keepers”….once I get the melody , I figure out what story I want to tell or what I have to say and then dig into the lyrics. 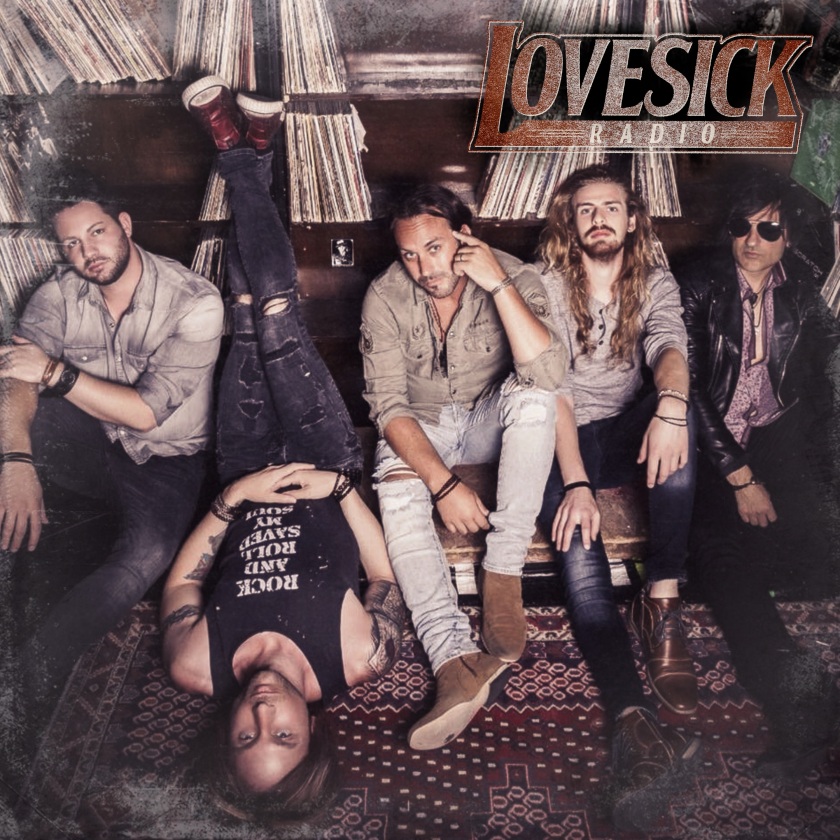 When did your band originate?

David: this lineup has been together for a couple years now. & in that time we have travel around the world playing our music.

Who are some bands/artists you play/tour with?

Troy: We have played with a huge variety, from Fun. to Dorthy and …i mean mostly rock bands but heck we are actually getting ready to open up for Keith Urban at Sturgis Bike Week which is a huge festival so I guess good songs can transcend all genres.

What does your band name mean? How did it come about?

David: there’s no deep meaning behind. The idea for it came from our old drummer. He was going through a break up & at rehearsal he was staying how the radio sounded love sick cuz all the songs he heard were songs about heartbreak.

What were some other potential band names?

David: I honestly don’t remember anymore. But I do remember they were pretty terrible.

What album inspired you to pick up an Instrument?

Troy: If i’m being completely honest I would say Nirvana’s Nevermind. Other albums turned my head but I never took lessons and wasn’t good enough to play classic rock but power chords I thought I could handle, so ya,  after that album I picked up a guitar.

Who are some artists and bands you are currently digging?

Where can people go, to check out your music? social media etc.

What is your ultimate goal, as it pertains to your band? Fame, or for the art?

Troy: For me its all art, I def would rather have the songs get all the fame.

What is your favorite song you have ever written?

Troy: I get asked this a lot and its kinda like asking which kid is your favorite. Haha, not sure I can pick just one, but there are def days that I am connecting with one more than another.

David: for me that changes all the time. Right now it’s two new pieces I’m working on. I can’t wait to record them.

What is the one thing you want people to take away from your band??

Troy : Hopefully they take away a guitar riff or melody that gets stuck in their head…wake up singing it and realize its us and they tell a friend.

💙 #xbox #bethesda
We made it. #xboxbethesda #xboxshowcase
Mind the wrinkles. Headed to LA for the #xbox #bethesda showcase. That being said we’ll be back next week with the #podcast !!
Check out this amazing #pridemonth controller from #xbox !
Rip
Join Steve on #twitch tonight! Hell be playing the new release Apico! That’s tonight at 8pm PST!