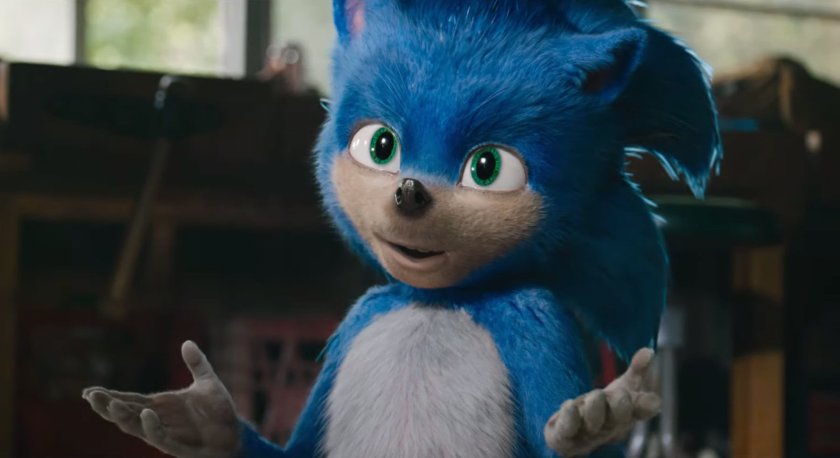 We finally got a “Sonic the Hedgehog” trailer and, boy oh boy, its a doozy.  We see James Marsden (X-Men) as a small town cop as a blue streak flies by his car, clocking in at over 700mph (no, not Tails).  Sonics speed bursts have been knocking the power out on the West coast and they decide to bring in an expert (in what?), in the form of Jim Carrey (Cable Guy).  Carreys Dr.Robotnic is something I think I can get behind.  His eyes are oddly menacing and he’s very ME ME ME.

He finally get to hear Sonic actually talk, he is voice by Comedian Ben Schwartz.  I love Ben Schwartz, I was personally introduced to him via Comedy Bang Bang, but you might also know him from Parks and Rec  and the new Duck Tales cartoon.  The introduction between Ben and James might be the cringy-est thing I’ve seen in some time (uhhhh, meow?).

We get some action sequences as well as that include Sonic throwing a ring and transporting James to seemingly another place in the city.  We get a look at Carrey in Robotnik type clothing and his army of evil robots.  We also get the basic “he moves so fast everything else is in slow motion” scene, that Quicksilver in the X-Men franchise has done so well.

Sonic is very quippy (which is Schwartz strong suit) but usually the trailer shows the best parts of a movie, and I feel that maybe, there are no best parts.  The only excitable thing in the trailer is at the very end when we see a bald, long mustachioed Carrey, that harkens back to the video game design.  In the world we live in where Dective Pikachu is a thing, Paramount might be just trying to capitalize on the hype.  This isn’t the way to do it and I honestly hope I’m wrong.  Only time will tell when “Sonic the Hedgehog” hits theaters this November!