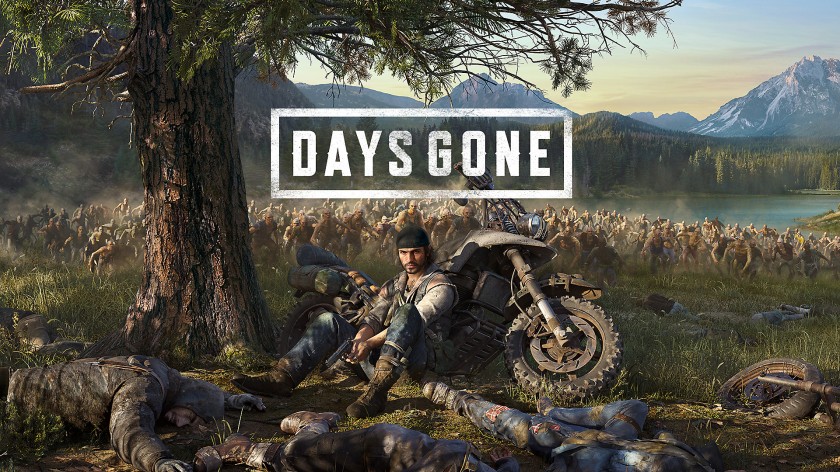 “Days Gone” seemed like the game that was never going to come out.  It had been announced around 2016, and since then we were teased every year with trailers or info.  Never a release date though, and when we did it was pushed back over and over again.  WELL “Days Gone” has finally come out!  Is it holding up to the hype?

You take cotrol of Deacon, or Deek, as his friend Boozer calls him.  Deacon and Boozer are survivors in the Oregon hellscape that has been taken over by “freakers” (fast zombies).  They are two ex motor cycle gang members that have stuck together throughout the shit.  Deeks wife was hurt when everything originally went bad, and was put on a helicopter to escape. 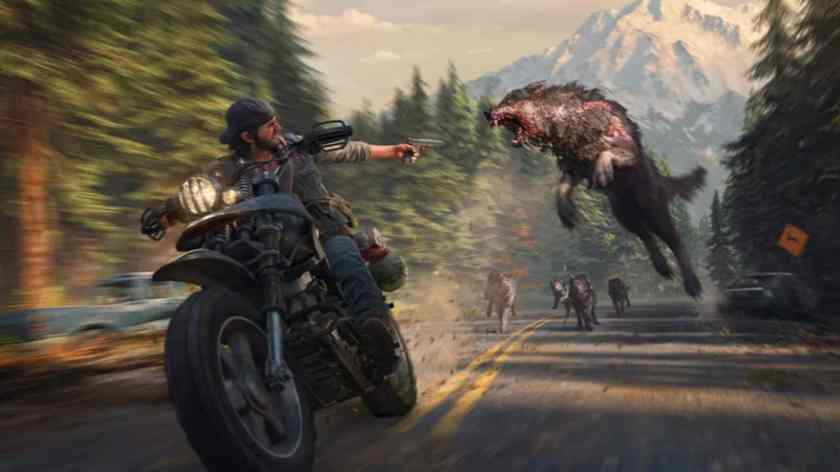 We join Deek about 2 years after his wife is taken on the helicopter.  We find out he assumes shes dead, and is just trying to survive with Boozer.  At first the game play is very slow and it doesn’t really improve from there.  Driving his motorcycle feels like I’m driving a giant yacht,  where I need to choreography my movements at least a minute before hand.  The intro to the game is a tutorial that explains the crafting system and movement system.

The crafting system is incredibly muddled as well.  Hold L1 to bring up the radial menu, using the right stick select the item, continue to hold to bring up the item you want to craft, now press R1 while doing everything else, to craft the item.  It’s not very intuitive and oddly enough you can do it at anytime, including when you’re in a fire fight.  There isn’t any animation tied to it and you seemingly just create it and it’s now in your hand.

I gained multiple skill points while I played but never leveled up any of my skills.  The menu to bring up your map, skills, progression or anything that isn’t an option, is accessed by clicking the touch pad.  You then swipe in the direction of what you want to access.  It’s an interesting way to use the touch pad that is so frequently forgotten about otherwise.  Is it fun to use?  No.

Really all of these small crap features could be overlooked with a great protagonist.  Deek is probably the worst character I’ve played in a while.  Unlikable and hypocritical, I genuinely didn’t enjoy playing as him.  In one scene he is talking about how he doesn’t kill women unless they are threatening, and the next I’m sneaking into a camp to murder every single person, man or woman.  There are also enemies called “Newts” that are zombie children, which it never feels good bashing one to death.  The weapon system is flawed as well.  A fire ax falls apart faster than a hatchet, and the 2×4 seems to last forever.  Your melee show damage, but your guns do not, which is an interesting move as well.

Your motorcycle also shows damage, and doesn’t ever have enough gas.  I upgraded my tank two times and was still finding it utterly annoying to have to stop and fill my tank.  At one point I was looking for gas which lead me to a giant group of freakers that chased me far past the gas.

All in all the story isn’t interesting, the characters aren’t engaging and the game play is slow and flawed.  I would skip this until it comes up free on PS plus or on sale for $15 on Black Friday.