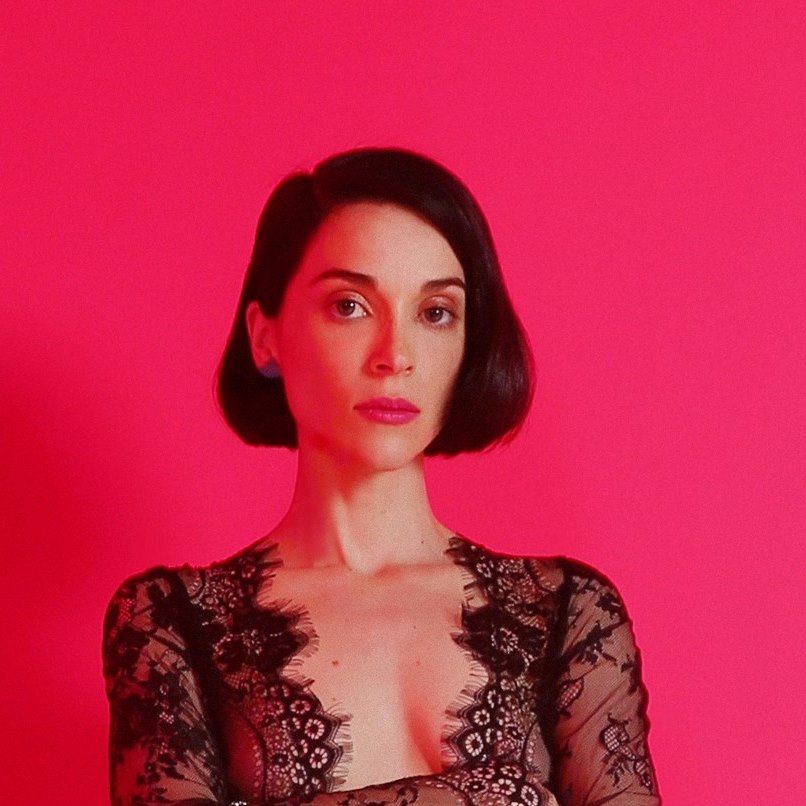 Welcome back! I am back to share with you a new issue of What’s Spinning Me featuring St. Vincent and her latest record, 2017’s MASSEDUCTION.

St. Vincent released MASSEDUCTION on October 13, 2017 through Loma Vista Recordings. MASSEDUCTION is Vincent’s fifth and latest solo record, since the release of her self titled fourth record which was released in late February of 2014.

MASSEDUCTION is St. Vincent most personal record as it pertains to herself and her life experiences. The album features tracks vulnerable tracks that give you insight to “Annie Clark” and not St. Vincent, per say. Tracks like Happy Birthday, Johnny, Slow Disco, New York, and Smoking Section. St. Vincent stated in a press release,
“You can’t fact-check it, but if you want to know about my life, listen to this record.”

St. Vincent will be playing Lollapaloosa Brazil on April 5th of this year.

I discovered St. Vincent in 2009 when she released her second record Actor, and instantly became a fan! St. Vincent has always had this weird vibe about her, a good weird! Every album she puts out always trumps the album before. My favorite thing about St. Vincent is her lyrics and especially the lyrics on the MASSEDUCTION. My most favorite lyrics on MASSEDUCTION come from the song Los Ageless,” How can anyone have you? How can anybody have you and lose you? How can anyone have you and lose you and not lose their minds too?” then later towards the end the end of the song she says “I try to write you a love song but it comes a lament”

In my personal opinion, MASSEDUCTION is my favorite record of St. Vincent, I believe this to her Magnus Opus. I enjoy the honesty and transparency she delivers on this record. My favorite tunes from this album are Los Ageless, Masseduction, Happy Birthday, Johnny, Savior, and Smoking Section. I can only hope that the next chapter of St. Vincent will be half as great as MASSEDUCTION. I give this record five out of five spins, for her lyrics, openness, and themes. Y’all go give this piece of art a listen!