Hollow Knight is a game from a couple of years back now originally launching in 2017 for PC, and in 2018 for consoles. So forgive me for the very late review, but I finally got around to playing it this past week. My very first thing I need to say about this game is that it’s amazing!

Hollow Knight is a wonderful little darling title, with extraordinary gameplay and amazing story telling. To me in was very reminiscent of the Dark Souls series, and is also a metroidvania style action game. Meaning that while the world and map is very open to exploring. You must acquire a new move set or even a new ability to be able to access parts that you had to pass up previously in the game. While some games do have this concept, and they may fall flat. Hollow Knight nails it! Giving you enough rooms to explore, and make the progress feel very fluid. I never felt like I had to fetch things just to open up the next area.

The first thing about this game that drew me in had to be the stellar music! Made by Christopher Larkin this soundtrack is nothing short of beautiful. From the title screen on you are engulfed in music that really sets the tone. Give you the feeling of the battle you are fighting in, and the mood of the section of the map you are exploring. Music in the kind of game matters, and this guy absolutely nailed it! 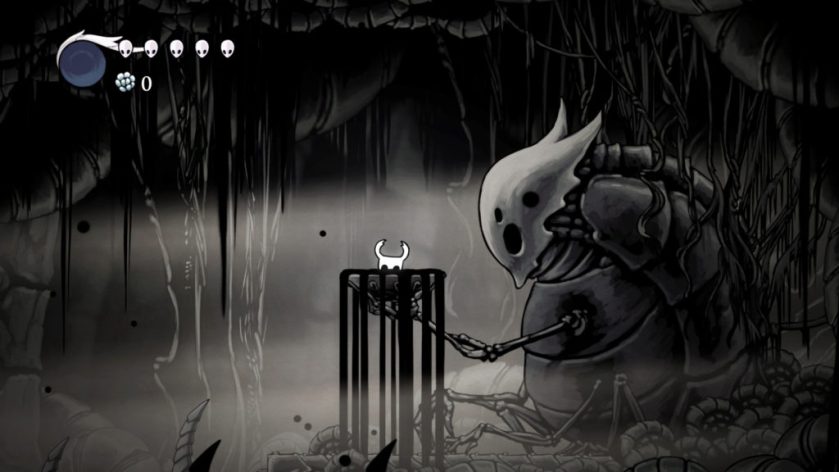 Enemies in the game are great, from normal badies that you can easily take on, to massive beasts that give you a real run for your money. Big battles can rage from massive slow beasts, all the way down to tiny enemies around your size, that are far more agile that you would have guessed. The hornet protector by far was one of the most difficult fights in this game for me, just on her sheer agility, and move set.

Every new type of enemy you fight always feels so different from ones you found in previous areas. Even while you fight through hordes of enemies you also come across friendly faces. Some of them you wouldn’t expect. I ran in to more than a few that I thought would be this intense boss battles, and ended up being someone I could talk to. Which in turn would give you another way to progress your story. Hollow Knight just does everything right!

If you haven’t already you NEED to check out this game. Team Cherry I think made of the best indie games anyone could ever play. Even if you are not the 2D platformer type I really think this game is worth a try, just on music alone. Hollow Knight like I said before is available on PC, PS4, XBOX1, and Switch. If you got some time to try an older game definitely look into Hollow Knight!