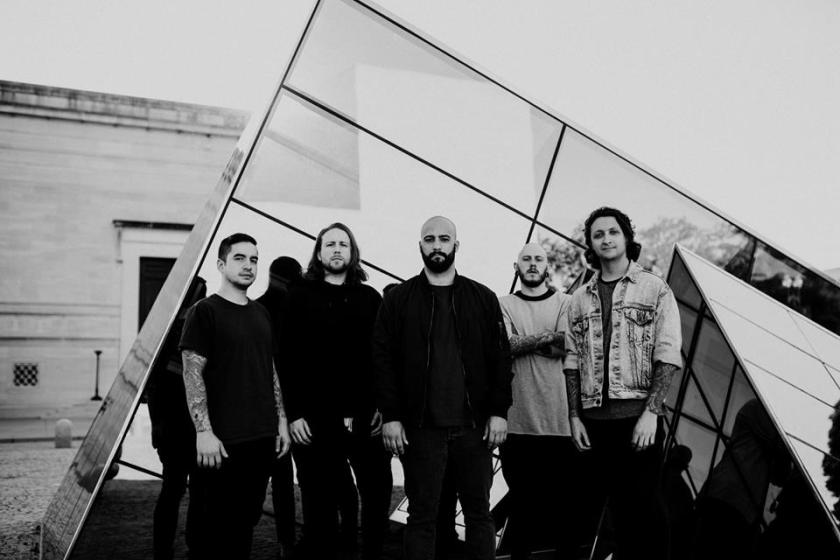 It’s about time we get heavy with the selection of music, my fellow writers and readers! Today’s issue of What’s Spinning Me, features Progressive Metalcore band ERRA, from Birmingham, Alabama and their latest record Neon.

Now, imagine you are in the distant future (may or may not be this earth or galaxy) on a beach, temperature at a crisp 75 degrees with a dancing breeze, painted with a orange-purple colored sunset in the background. You’re strolling the beach, the tides come crashing against your ankles, it’s 8pm and the sun starts fall down at ancient speed, as the night begins to settle in. The sound of the waves fill your mind as you fight the vibes of heartache and separation. The night is just beginning and though the feeling inside is full, you’re an empty vessel, a wanderer ready to take in and on the night, and what it has to offer. The neon lights, will illuminate your way and the music will transcend barriers between the here, the now, and the here after. This is what fills the mind when the album Neon is brought up in conversation, an album that not only pleases the ears but expands one’s mind and imagination.

ERRA released their fourth album Neon August 10th of this year on Sumerian Records, their latest release since 2016’s hot release of Drift. The Alabama natives came back with a white hot album, and during the Summer, for when you have that monster hunger for heavy music but need it flow with your Summer vibes. Neon is jammed packed with ten heavy tracks, layered with intricate guitars, powerful drums, catchy choruses, and monstrous screams that could wake a thousand year old vampire out of a 100 year hibernation. Members of ERRA, include Jesse Cash (guitar/vocals), Alex Ballew(drums), Sean Price (guitar), Conor Hesse(Bass), and JT Cavey(Vocals). Two singles were unleashed before the album release, songs, Disarray and Breach. A music video for the song Monolith was also dropped on the world on the day of the album release. Much like their previous release (Drift), Neon is an album that is to be enjoyed from start to finish. This album is much like a thousand piece jigsaw puzzle, every song is a smaller piece of something that when put together, is a grand masterpiece. The marriage between Jesse Cash’s vocals and JT Cavey screams, gel and compliment each other so well. Neon, lyrically, features themes of separation, distance, communication, and what seems like an ending to a relationship or relationship woes. ERRA is not only known for their songs to have complex guitars parts but also well spoken, esoteric and baroque lyrics. You will notice the mass lexicon of vocabulary words the two lyricists brings to not only Neon, but all ERRA’s music. Neon, really send your auditory, visual, and imagination sensors on a journey to somewhere that may or may not exist in our world or reality. It may transport your senses, and, or being into another dimension beyond our galaxy’s reach. There may just be someone, somewhere on that beach as mentioned before, walking through the tide, wondering the same things as they are portrayed here. 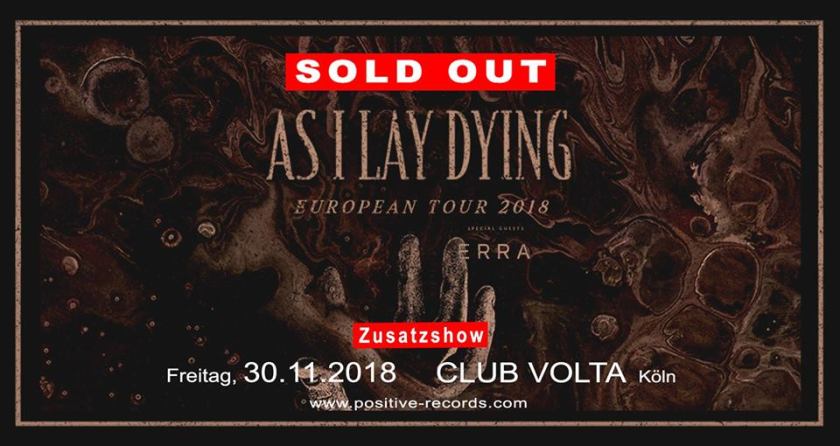 ERRA is currently off the road from touring, after playing support for bands After The Burial and The Acacia Strain. A short breather before heading off on tour with Metal veterans As I Lay Dying in December. ERRA, along with Bleed From Within will be supporting As I Lay Dying on their 2018 headlining European tour. No announcements have been made but, one can only speculate that there will be a ERRA Neon headlining tour when 2019 comes into view. Be sure to be on the look out in the near future, because ERRA will be making more positive and cosmic vibrations!

I personally preordered NEON, and waited months for it’s release. During that time, a friend and I ventured out and saw them play a headlining live show here in Las Vegas, at a local VFW hall earlier this year. ERRA brought down the house that night and satisfied a lot of people. What I enjoy most about the record is that it’s not a Drift 2.0, from start to finish you can tell that it is its own entity and not trying to be a repeat or a better version of. ERRA really brought the fire for Neon, they really created a vibe and that seems to be what they are great at, I’m an avid fan of this band and I have no complaints about this album. Well, my only real complaint and I think most ERRA fans can agree, is that, I wish there were more tracks. Ten tracks seems to be the magic number this year for bands and artists, as it pertains to how many tracks are featured on 2018’s new releases. My favorite songs on this record are Breach, Ghost Of Nothing, Expiate, and Disarray. There are so many great lyrics on Neon and I wish I could share all of them but I will leave you with the two that I hope grab you to want to listen to this stellar album. The first lyric is from the song Breach, It comes to fracture vested trust, a love to shatter and turn to rust/If words could carry my pain through the busy streets and empty alleyways/ Be the one who hears my cry, like the moon who craves the night.
That, my fellow friends and readers is smooth cream poetry, we are talking about a metal band here. I imagine it takes high level Pokemon skill training to pull off something as heavy and as lyrically beautiful as Neon. My second favorite and last lyric is from the song Hyperreality, the lyrics read as follows, Please give me space to breathe unblemished atmosphere/ Watch me float along to this celestial breeze/ Give me hope to become one with everything, everything to understand change as a necessity. ERRA did not disappoint, the Bama boys collectively created something that has taken not only the world of heavy music by storm but music as a whole. I always imagine this scene in my head, when I listen to the song Disarray. A scene where I am in that distant future, but in the middle of the ocean, with impetuous waves thrashing all around me, and as the music plays I struggle to keep my head afloat. Then cut to a scene off in the distance you see the band members of ERRA standing at the top of lighthouse with binoculars in hand and laser vision on me, plotting a rescue. That is just one scene in my head for just one song, you should see the other world that plays by in my imagination as all the songs from Neon play in order. The thought, to most people would be inconceivable, but if you enjoy music like I do then give Neon a shot, even if heavy music isn’t your thing.

All that being said, I give Neon five out of five spins. I have spun this record on the Audio-Technica, a handful of times, more times than five I can guarantee you that. Everything about this record is amazing, everything a record should be. The music is flawless and the poetic lyrics are just a plus.If you want to be anywhere but here just put on your headphones, start ERRA’s Neon and drift away into the neon passageways of Hyperreality.