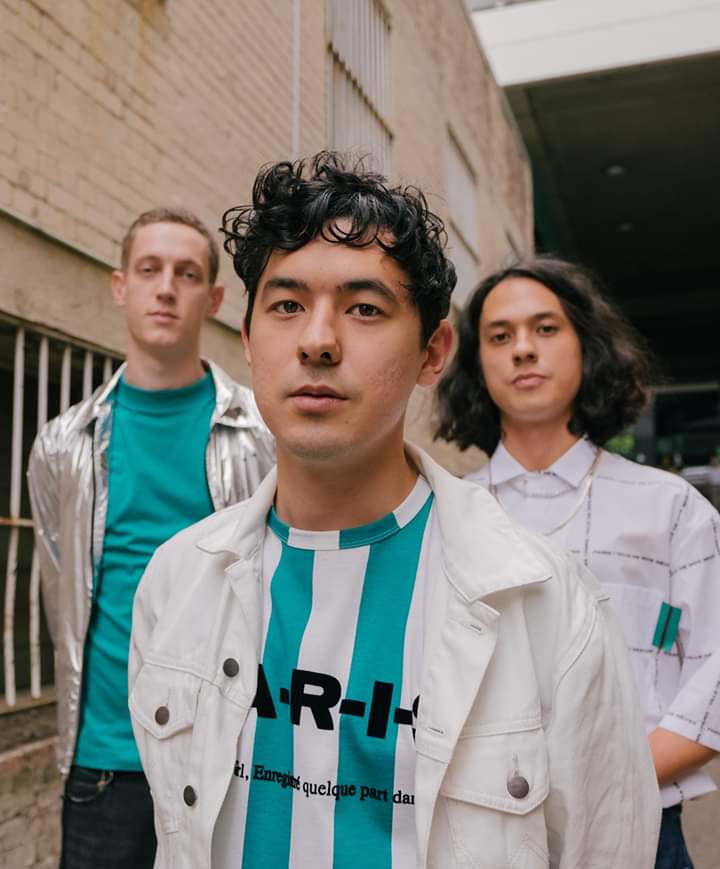 There are many outstanding bands that come to mind when I think of Australia, but there is only one Last Dinosars. I have written about this stellar band before and this year, “Los Dinos” have released their highly anticipated third record titled Yumeno Garden. Last Dinosaurs made us wait three years for new music, which is cause for celebration and a What’s Spinning Me article for this week!

Yumeno Garden is a record that many have been waiting a long time for, and the Brisbane based powerhouses brought the heat in tenfold. Yumeno Garden was released October 5, 2018, three years and some change since their last release, Wellness. Waiting for new music from Last Dinosaurs was becoming a chore in early 2018, until they released the song Dominos in February and then the tune Eleven back in July along with the new album announcement. This record only has 10 tracks, from start to finish, they run through so seamlessly, like a good movie, leaving you completely satisfied at the end. Last Dinosaurs really send you on a journey of spacey vibes, emotion, thought riddled lyrics, guitar work of an angel, and an overall feeling of a “slice of heaven”. All great things take time and Last Dinosaurs used that time to create something memorable and attention catching. 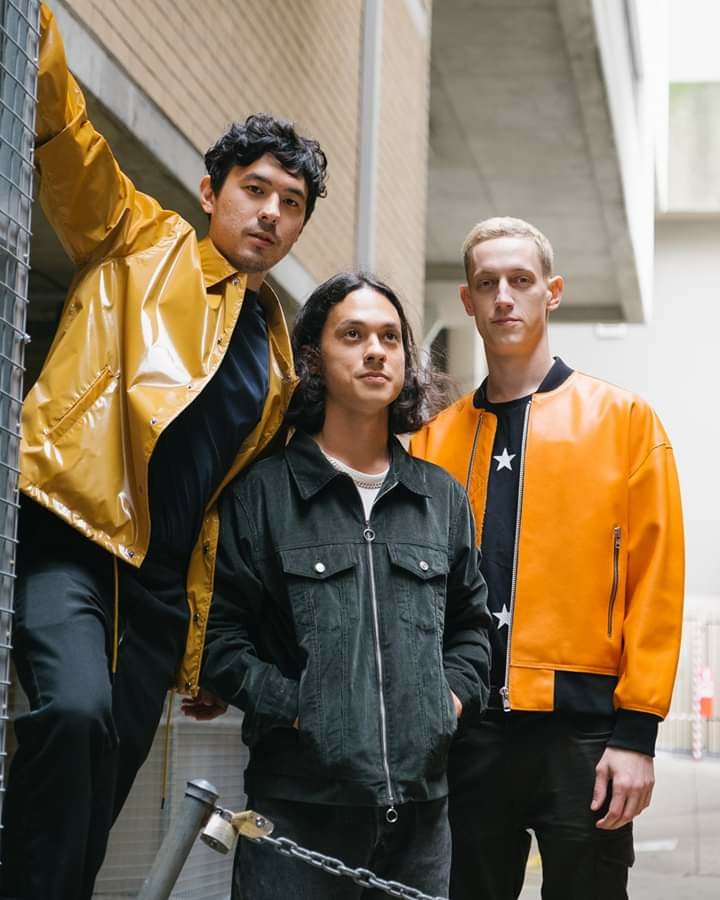 Last Dinosaurs will be touring Australia in early 2019, the tour aptly named Yumeno Garden Tour, with a few dates already sold out. Last Dinosaurs didn’t go extinct in that three year interlude. In fact they brought back a fierce T-Rex wearing a flower button up tee with black jeans,black Puma Romas, black shades, black hat to the back and a blood thirst for Indie Alternative Rock music. 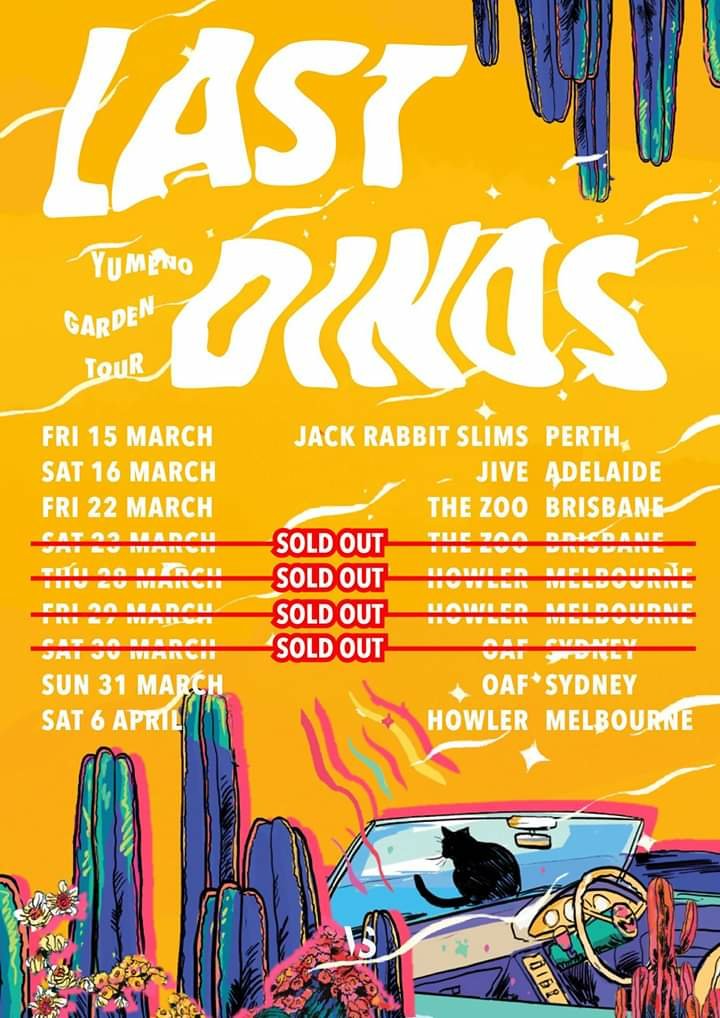 I, personally was late to the party and wasn’t introduced to Last Dinosuars until a friend showed me the light in 2016, when their second record Wellness, was still fresh. Last Dinosaurs seem to be on a pattern I wish all my favorite bands and artists were on, and that’s creating better music than the previous record, not just a repeat or a 2.0 of the last record. You can see the progression of Last Dinosaurs, from their first record, In A Million Years, and on through to Yumeno Garden. Lyrics on this record are superb, as they should. Every Last Dinosaurs record is filled with A-1 lyrics. One favorite is, I’m not trying to change your life, I just wanna watch the world go by. /A slice of heaven and piece of mind but times are changing and it don’t feel right. From the song Bass God. Another lyric worth mentioning is from the song Happy, I don’t want to go home, I don’t want to be alone again/ there’s something in my heart that says don’t let the best thing in your life go. My personal favorite tunes on YG, are Bass God, Sense, Shallow Boy, Happy, and Italo Disco. This record is monumental and in my opinion and most other Last Dinosaurs fans, is a perfect blend of their other two records In A Million Years and Wellness. It was well worth the long wait, YG gets five out of five spins and is a strong candidate for Album Of The Year. Give it a listen and watch the world go by, because it will take you away on an intergalactic ride.