“Will the real emo kids stand up?”

You read that right, a bunch of y’all are probably thinking “Emo kids? Emo is still a thing?” I am here to tell you “Yes, it’s still a thing!” In fact, “Emo” never left and the band Mayday Parade has proven that to be true for the past 13 years 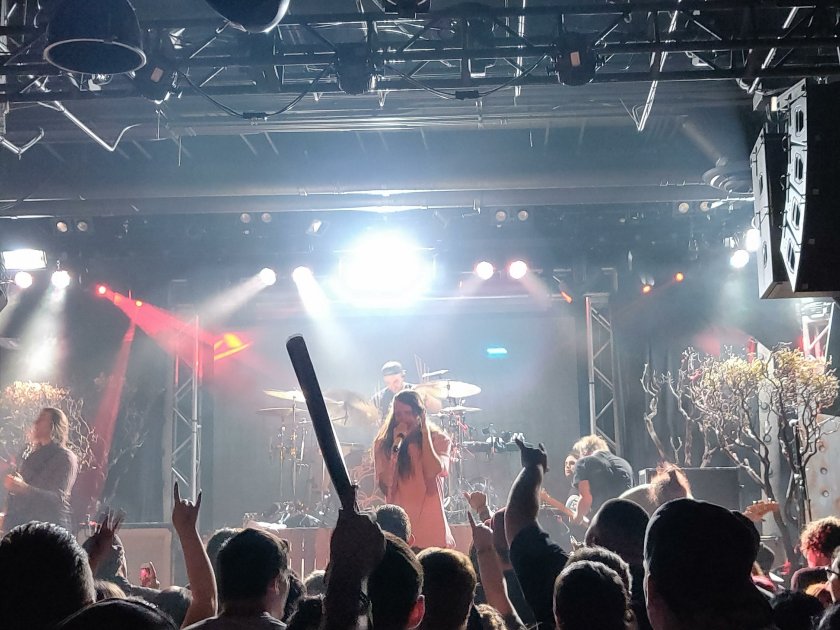 Mayday Parade made a stop here in Vegas last Friday (October 12, 2018) night at The Vinyl inside The Hard Rock Hotel and Casino. They were here on the Welcome to Sunnyland Tour, supporting their new record Sunnyland which was released this past July. The band brought on three supporting acts, Oh, Weatherly, William Ryan Key (that dude from Yellowcard), and This

Mayday Parade played songs from Sunnyland like Never Sure and It’s Hard To Be Religious When Certain People Are Never Incinerated By Bolts Of Lightning, also incorporating an assortment of songs from their other five albums. Half way through the show lead singer, Derek Sanders spoke on the band saying “This October, Mayday Parade has been a band 13 years”. The set was continued with a medley of famous emo songs through out the years like My Friends Over You by. New Found Glory. The band ended the show show with Oh Well, Oh Well, which is most notably labeled as “The Mayday Parade song” from their 2011 self titled album.

The night was filled with copious amounts of chants, sing alongs, guitar solos, breakup ballads and all around good vibes. Mayday Parade, proving to be the top dogs when it comes to “Emo” music and a 13 year, six albums catalog to prove it. The energy was was electric and dare I say emotional. If you want to see a great live show with great energy catch Mayday Parade on the Welcome To Sunnyland Tour this Fall 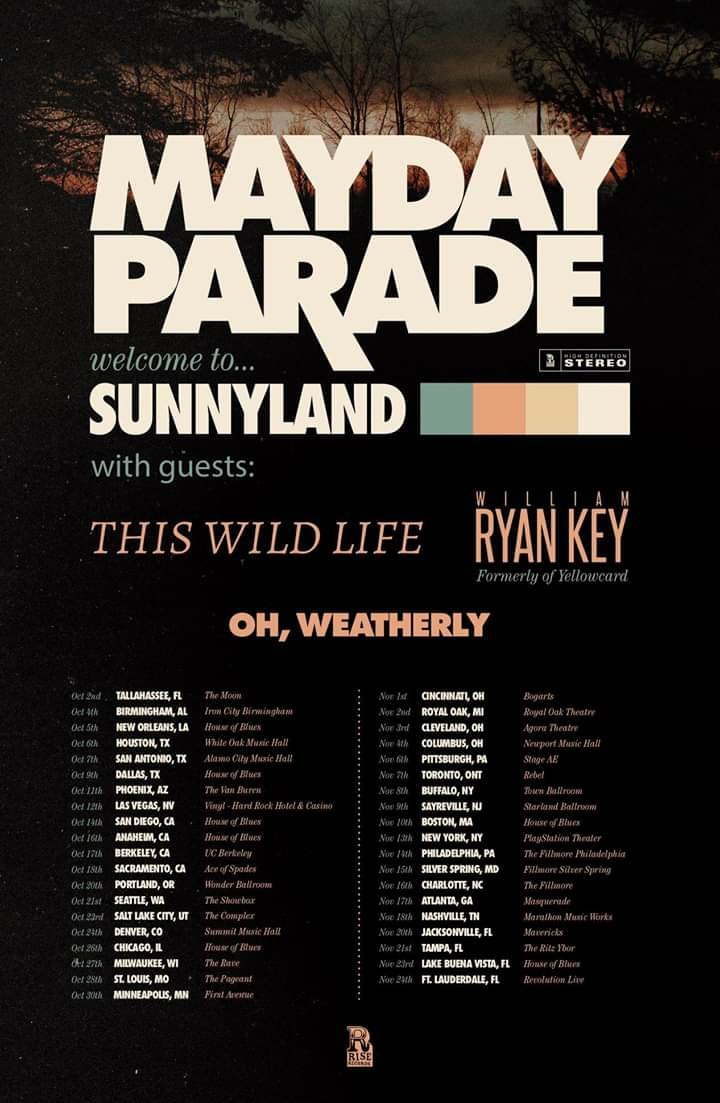