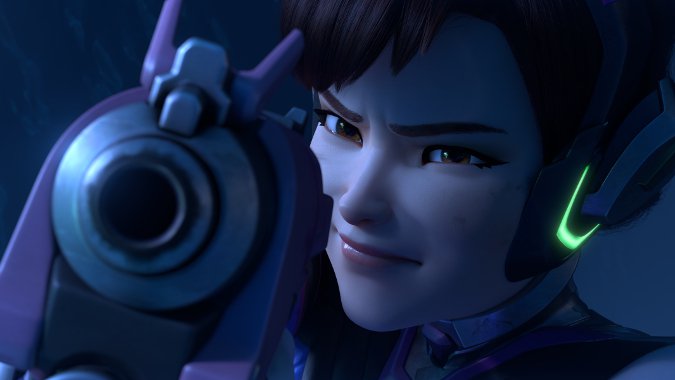 Blizzard held a fan event in Seoul South Korea, and during the event we got all kinds of new goodies! Starting with a beautiful orchestra performance of the Overwatch sound track and some K-pop. After those we really got into what all the fans were excited to see.

With the huge fan base that Korea has for Overwatch, the new additions made so much sense to unveil them there. Starting with the new map Busan South Korea! The character D.va’s birthplace and home. The map is a control (hard point) map, and has 3 unique places. Starting off with the sanctuary map that has a bit more of the traditional Korean structures. We also have the downtown area which is more urban and looks amazing, and then finally we have the living quarters of D.va at the MEKA base. The map is well designed, and even has some of the best sounds in the game! Also with the announcement of the new map they also made it playable already on the PTR!

Days before the event we got news that a new cinematic would be released, and released it was! For the South Korean native character of the game, D.Va has finally gotten a her own short, and shows who D.Va the in-game celebrity, ex-pro gamer and MEKA pilot really is. Bearing the weight of her friends and country on her shoulders, and going above and beyond to make sure her home and family are safe. In all Blizzard shorts we have become accustomed to the beautiful art, and amazing quality of their production studio, and this one does not miss that mark. The short which is named “Shooting Star” is amazing, and if you are a fan of D.Va or overwatch it is a must watch!

With Overwatch itself having an event at gamescom there should be more information, about what else overwatch has planned!