Con exclusives can become fun additions to anyone’s collection, or even the holy grail that complete’s your set. Every year San Diego Comic-Con is the hub for all the latest and greatest in all of your favorite fandoms, so it is fitting that they also release some pretty exclusive stuff if you are lucky enough to attend. I much like most pop culture enthusiast am glued to social media hoping for a glimpse of the newest things to come from the con, not only that I am also hopeful that there will be some news telling me that I can somehow get my grubby hands on some of the exclusive things showcased!

Through the years it has become more common for manufacturers to save some stock for those unable to make the trek to San Diego. NECA toys has been pumping out great TMNT figures and have made some available online with very limited stock.

Funko of course is no stranger to this as they usually release limited to the masses through certain retailers online. Much like today however things can backfire in a major way. 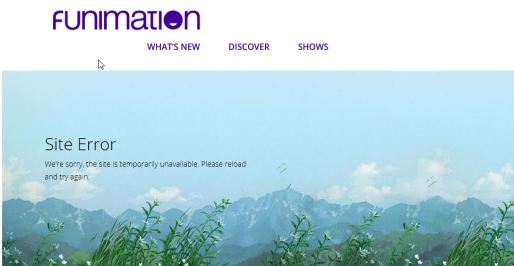 This is the screen that many of us has stared at for the past 6+ hours. FUNimation had announced in advance that today they would be selling the con exclusive metallic version of the Whis Funko Pop! Of course this created a ton of buzz in the Funko collecting community, much excitement was had until you realize EVERYONE is going to want to grab one. Essentially FUNimation had alerted the masses and not only that, they had given them plenty of time to prepare.

Even before the specified time of 8 a.m. the site was having issues, it began to get bombarded with hits early on. The refresh race started and the site could barely take it, fans of course noticed and let their voices be heard, the complaints started rolling in on their twitter account, all they could do was apologize and ask you to keep refreshing:

The site had to be taken down 2-3 times with the Shop being shut down once for their tech’s to do some maintenance. Once back up it was right back to square one unfortunately. Imagine not even caring about Pop figures and just wanting to enjoy your favorite anime but can’t, that was another end of the spectrum that was also affected by all of this, how unfortunate.

As of right now it has been a solid 7 hours. Some were lucky to squeeze through but most were not, their latest tweet states that they are pulling the plug:

I was unable to acquire one but hopefully some of you had luck on your side! It looks like they are going to re-evaluate and try again some other day, but will it be the same? Did they bring this on themselves by announcing the time and date of the release? Could it have been avoided considering they had 2 prior DBZ releases with almost the same experience? Find out on the next episode of Frankenculture Z……