It’s that wonderful time of the year again where we anxiously await for our favorite developers to reveal our most anticipated games for the coming months and a few sprinkled surprises along the way. We gather around our favorite streaming services and watch as they present what they have been working on and drool over the possibility of a playable demo. We however were fortunate enough to be able to drive our happy butts down there and see for ourselves what this year’s show had to offer.

For the first day we ventured into the West Hall of the convention center, with Playstation and Nintendo dominating this hall, we were in for a treat. Upon entering you were greeted with 2 familiar faces, IGN and XSEED.

The IGN booth was set up for interviews mainly and was quiet the rest of the time, XSEED however pulled a good crowd including myself as they produce one of my favorites, Senran Kagura. A lot of great anime style games come from including the Trails, Akiba and Shantea series. Personally this was one of my favorite booths at the show.

The Walking Dead had a pretty strong presence throughout the hall, showcasing Overkill’s game, we were unfortunately unable to get our hands on some of the stuff being showcased there, but Holy Zombies Batman! 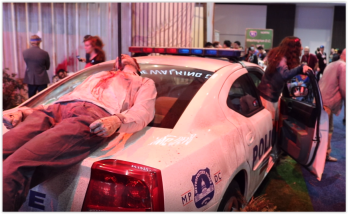 Once you walk past the first layer you are presented with the Behemoths in the back: 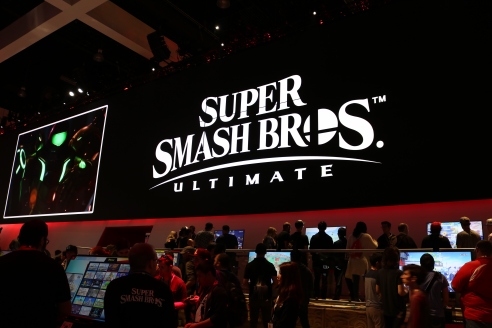 To your left Playstation and to your right Nintendo, you are sandwiched between an overwhelming amount of triple A clout. I had a Smash Brothers appointment so Nintendo was my first stop. The full gameplay video of that can be seen HERE! for those Interested.

Although massive in size both booths had very little to show, It seems that quality over quantity was the theme in this area. Nintendo’s side was dominated by the Super Smash Bros experience which filled a good 75% of the area, Competitive and Non-Competitive sections were abundant so everyone could have a shot at the game. The rest was filled with the lineup from the Nintendo Direct which happened not that long ago, including the new Pokemon, Mario Tennis Aces, Fifa and Fortnite.

The Playstation side had the same vibe with most of the attention going to the new Kojima title “Death Stranding” and the New Spider-man game. Spider-man had a playable demo while Death Stranding was just a wide open area playing the trailer on a huge screen and a life-size bust of actor Norman Reedus in his character from the game.

So where was Microsoft in all this? Well they had a separate venue accross the street just past the Staples Center which had you leaving the main E3 show to get to but giving you access with the same badge to their Microsft Theatre. 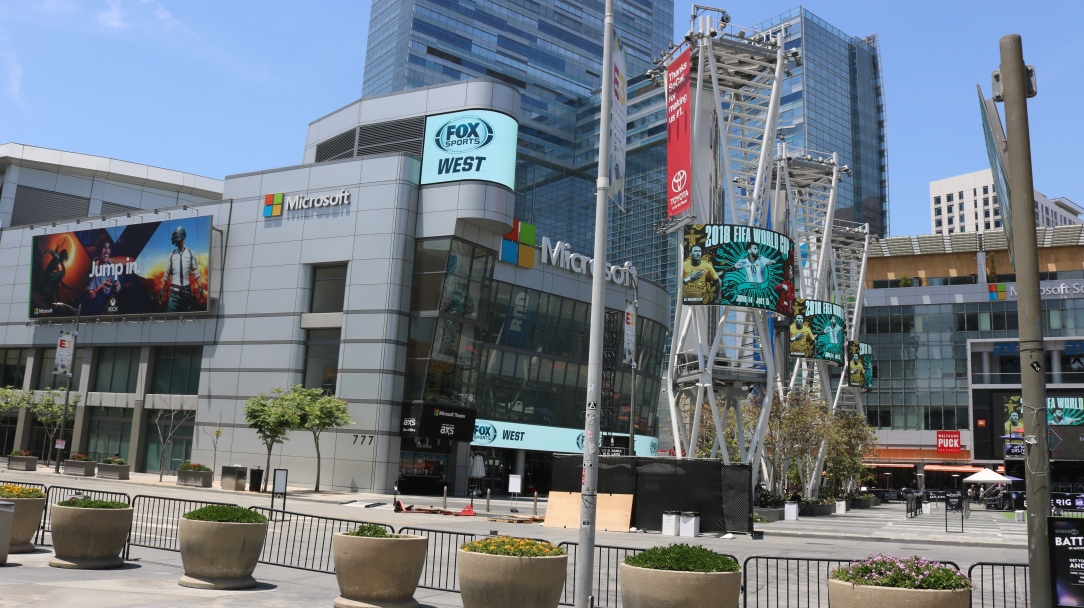 Their show focused on the Game Pass service, and their main exclusives currently out including PUBG and Sea of Thieves. They also for the first time opened up an Xbox shop with all sorts of Xbox goodies for you to purchase.

Such a great start to the show this year, be sure to check back later as we take you through the South hall of the show, and if you were there feel free to share your thoughts on the West Hall experience.

View all posts by RollDee