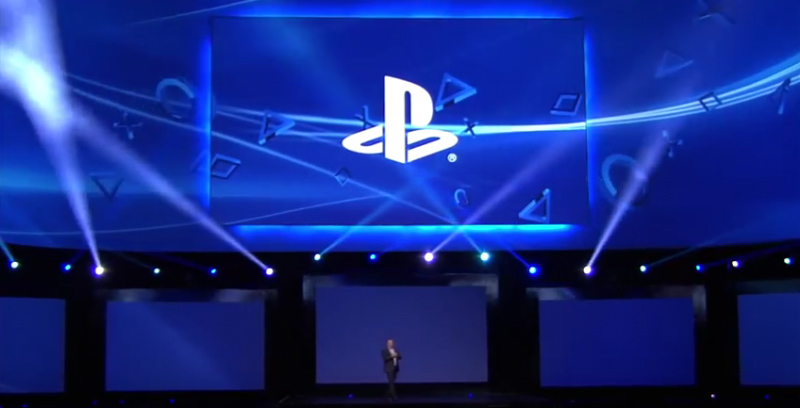 The king of consoles right now has to be Playstation, and with another stellar lineup on the way it’s hard to argue against them. Sony didn’t announce many games that will release this year, but they have a lot in store in the next calendar year. The first game they did show though will be released this year.

Days Gone has been announced for a literal end of the year release. On December 29th you will be able to venture into a world of zombie-esqe creatures that look like they have been ripped right from World War Z. They showed off more gameplay finally from stealthily stalking enemies and takedowns, to blowing open fences, and letting the monsters take care of your enemies. It may not bring the most “new” gameplay to the zombie genre, but it still looks great!

A fun little trailer for Monster Hunter World which will be coming out in 2018! The longly anticipated HD remake for, Shadow of the Colossus will also be out in 2018. PS VR had a nice list of games namely the ones The Inpatient and Skyrim VR! The Inpatient is developed by the makers of Until Dawn, and looks like it might be a prequel to it too! Anyone who’s into horror might wanna check this out, as for Skyrim it will be launching on VR November 2017!

What would E3 be without an appearance from Call of Duty? WWII look breath taking! It looks like it takes the best of Saving Private Ryan and CoD World at War, and combines it to make the perfect World War II game we have seen in years. Now I know I’m talking about a trailer but it looked great none the less. One of the things I missed the most about the Call of Duty franchise was that it lost its visceral feel that they had before. Well if you like me you’ll be happy from what it looks like, CoD has gotten there last for blown off limbs back! WWII is set to release Nov 3 and it will be great! 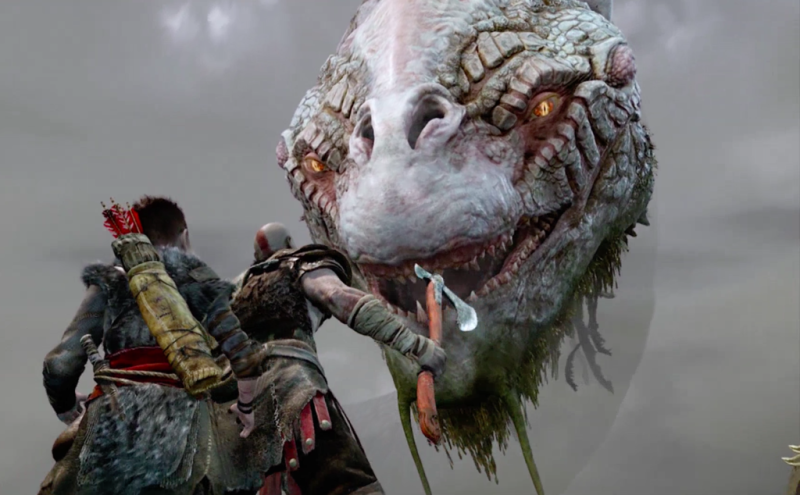 Now for me were coming up on one of the games I’ve been waiting for. Im a HUGE God of War fan. I played every game in the series, and seeing the monster that is Kratos return again fills me with joy! He’s mean, brutal, and angry just like he’s always been, but now he has a softer side. He cares about someone again his son! Thats right the boy that was just called “Boy!” in last years E3 gameplay footage is the son of Kratos, and from what it looks like will be setting out on an adventure. That will be to teach him to be a warrior, and keep him safe! It looks insanely beautiful the enemies are everything you could want in a GoW game, and they come in every shape and size you can imagine. God of War is planned for a “early 2018”.

Two other games got some screen time one that we saw briefly last E3. Detroit: Become Human got more of its story told, Following the man Marcus a leader to the Android rebellion going on in Detroit. This game seems to be a very interactive story in that, every option you make has real impact on the game your playing. I wasn’t hugely interested in this on before but it looks good, and defiantly is gonna have to get played to be more understood. Also we got a bit more of Destiny 2! We know a lot about it already since Bungie made there announcement for D2 a while back, but now we got a bit more of “Gaul” the main antagonist for Destiny 2. Showing off a bit more of a darker side to Destiny now, but the exciting thing about Destiny is if you are on PS4 you will be getting exclusive content! A strike (Lake of Shadows), new gear, a ship, an exotic weapon (Borealis), and a PvP map. So if you were wondering which console you wanted to get Destiny for I recommend PS4. 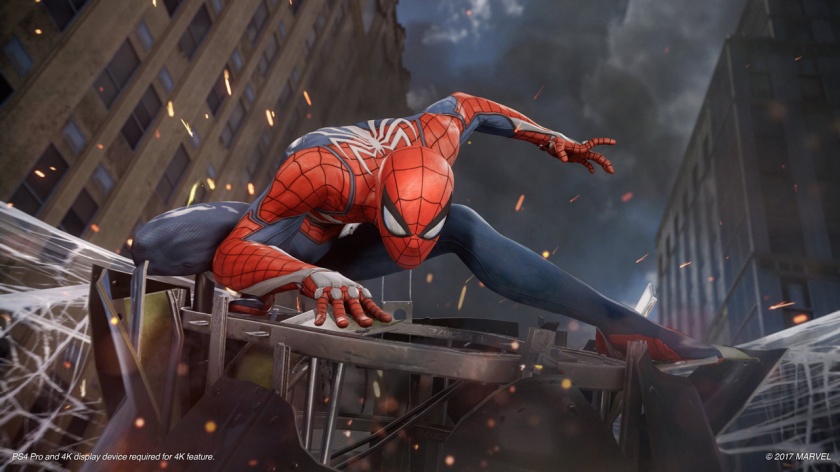 Now to finish off such a killer show Sony showed off there amazing Spiderman game. This game looks awesome! There was virtually no info out about this game, other than a quick bit we saw at last E3 but now we got to see a whole mission in game. Stunning, brilliant, beautiful theres a bunch of words you could call it. Id just saw perfect, they captured Spidey in a great light from what they displayed. Swinging from building to building saving pedestrians and not even doing to much harm to enemies. This is slated for a 2018 launch and I hope its sooner rather than later. By the way in typical Marvel fashion they made you wait to see an appearance made by a young man named Miles (Miles Morales).

Sony put on one hell of a show and I’m jazzed about there upcoming year in gaming. I will say I am a bit sad that there weren’t many new IP’s but everything they did show look awesome! What about you guys? Was there any specific games you really liked seeing? Let us know your thoughts so far about E3!