Superheroes seem to be all the rage these days when it comes to all facets of entertainment. Video games are no exception. Injustice 2 hit our gaming consoles on May 16th and we haven’t looked backed! (Well most of us anyways). The long awaited fighting game developed by Netherealm Studios (the same studios that brought you the Mortal Kombat Series) packs a mighty punch in the land of respectable fighting video games.

Many positive things have been brought to light for Injustice 2, one example being the much larger roster of DC characters adding a whole lot more color and spandex to the fight. They debuted new characters such as Dr. Fate, Gorilla Grodd, Blue Beetle and Black Canary just to name a few. New features have been added to the game such as leveling up single characters and and customizing their wardrobes. The game also features a new platform called “The Multiverse” which allows you to participate in timed events ranging from an hour to 48 hours to complete in to gain xp (experience points) and infinity boxes which contain random items like character wardrobe items and the very occasional rare item depending on the rank of the infinity boxes which goes from “Bronze” (lowest) to silver and so on to “Diamond” (highest).

The cinematic campaign yet again offers an explosive ride of heroism, defeat, and victory mixed in with conflicting emotions and views on “Justice” and also the on going unrelenting struggles that come with the hero’s journey. The story keeps you right at the edge of your seat and it will cause you to unwillingly salivate for more spilled blood and beat downs.

I give this game an A, I would give it an A+ but the only flaw that I personally can’t see through (Though very small) is the hovering aspect of certain characters. I personally loved the Supergirl character, I really loved the fluidity and grace that came when fighting as her. I just honestly don’t enjoy the hovering, it throws me off and it takes a minute to adjust to. Other characters I really enjoy playing with include Flash, Green Arrow, Cat Woman, and Wonder Woman. Overall no complaints on the game, this title completes me at my core when it comes to fighting games. 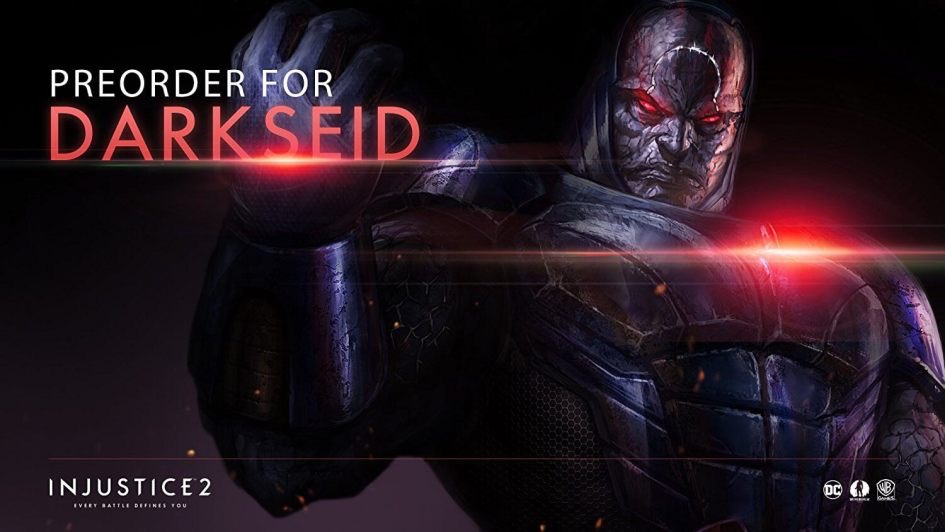 When I preordered the game Darkseid was unlocked as a downloadable character, which gives me very high hopes of seeing Darkseid as the main heel in the next installment. I would also like to add that every character’s “super move” was a definite upgrade from the previous title, with the exception of Superman. The developers at Netherealm could have made a better effort of Superman’s “super move”. This Injustice title also gets my hastag stamp of approval #ShoesStampOfApproval 🖒 which means I thoroughly enjoyed it and it was well worth the sixty shekels I paid for it. If you enjoy fighting games such as myself then do yourself a favor and get jumped into the hype because DC, Warner Bros, and Netherealm brought the heat and then some this go round.