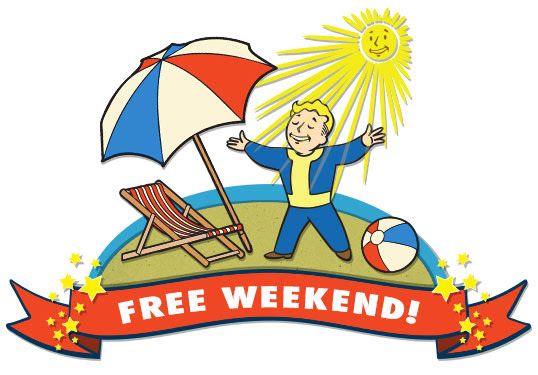 Memorial Day weekend is upon us, and what better way to spend it, then cheaply and indoors.  Here’s what happens to be going on this weekend, or amazing deals you should NOT pass up on.

This weekend Bethesda is giving you (if you’re a Steam user or an Xbox Gold member) the opportunity to jump into post apocalyptic Boston, kill some Glowing Ones, drink some Nuka Cola and spend WAY too much time building an amazing base.  They’ll also have sales on PS store, Steam and Xbox Store for the base game and season passes! (PC and XB1)

Snap into the summer while you wear this sick tank (which is only $7). Feel free to do your awesome drunk Macho Man impression all weekend.  OHHHHHH YEAAAAHHHHH!!! DIG IT!

If you played Witcher 3, you know how addicting Gwent can be.  Running from Tavern to Tavern looking for another deck to go against, all while ignoring all the Witchering you should be doing.  The Beta was closed up until a few days ago, and now they’ve opened the flood gates to everyone.  CD Projekt Red has another winner on their hands! (PC, PS4, XB1)

Here’s the one I’ll be taking advantage of (aside from the Macho Man tank, watch for Elbow Drops).  I’ve never played Overwatch so I’m excited!  All you’ll need is a PS Plus or Xbox Gold membership, and you’ll be murdering me in no time.  (PC, PS4, XB1)